Please enter your details below. 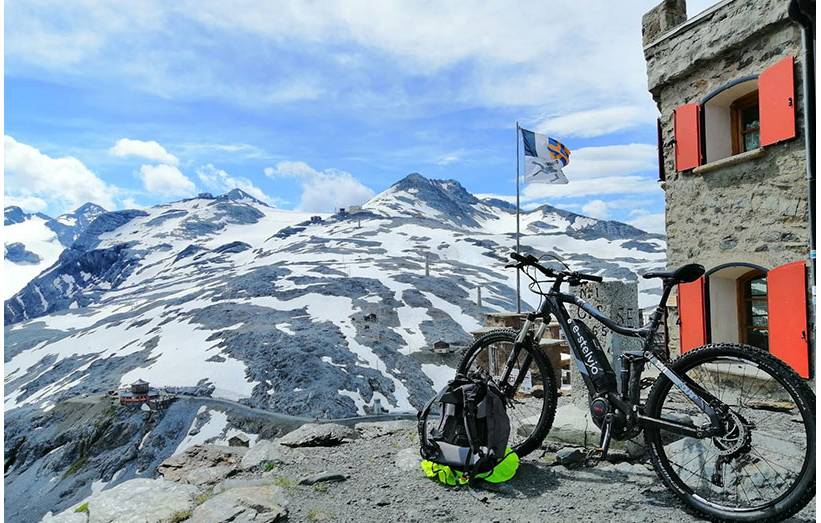 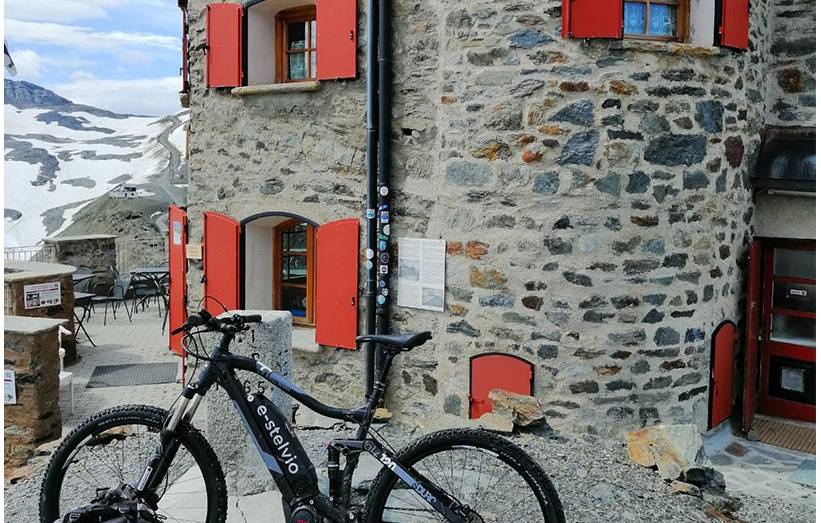 The route of the “fourth Stelvio”

The route meanders through the long Forcola valley, situated between the Cancano lakes and the Braulio valley with the Stelvio. The landscape, especially in the higher part, is moonlike, and the route is rich in history, as the area was a theatre of war during the First World War: in the mountains around Bocchetta della Forcola, the trenches and military installations are still preserved.

The average gradient is steep, with long stretches, after the Malga, exceeding 15% on very uneven and pebbly terrain: you might therefore need to be prepared to use medium-high motor assist. From the Bocchetta you can enjoy a wonderful view of the Stelvio glaciers and the Ortler group and you can also see the start of the steep trail that descends to the Umbrail Pass (Giogo di Santa Maria).

The entire route is practicable by bike. On the Umbrail descent, which is also on a trail, there are some more tricky sections and a few obstacles that must be overcome on foot. The rest of the route is on forest or military roads that are suitable for vehicles, so you can ride your e-bike without any problems.

The steepest incline you will encounter is at Boscopiano. The military roads up to Colle di Pedenolo are fairly easy. To get to the Stelvio, a 30% gradient will give you a hard time, but after about 500 metres the road becomes more approachable. 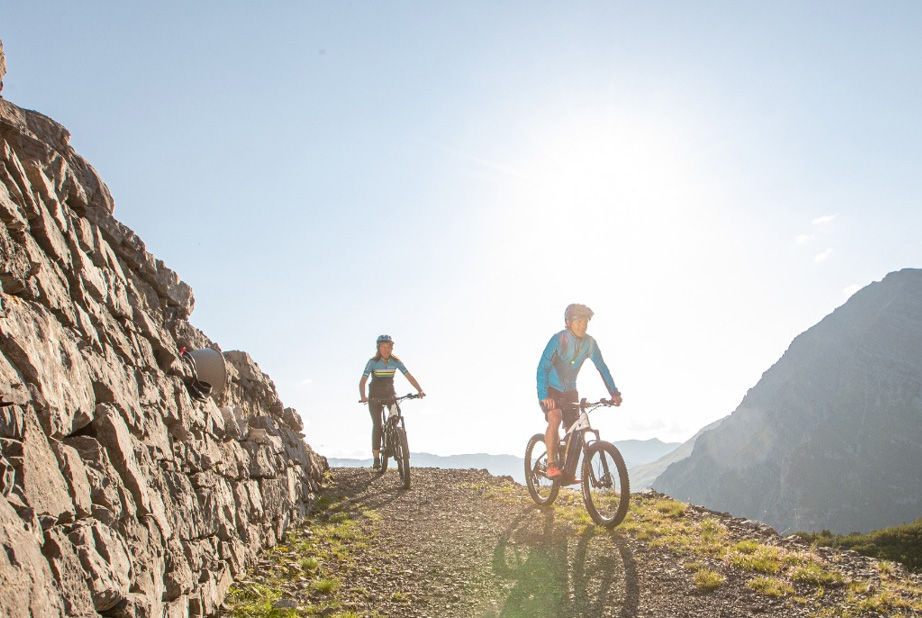 Visit the Cancano Lakes by e-bike! Excursion for 2 people. 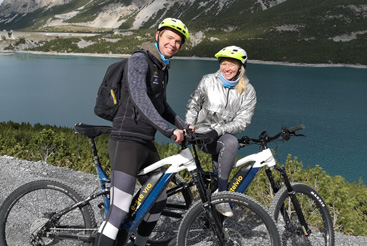 Guided tour of the lakes for two people + guide.

Stelvio National Park,
a place of enchantment full of itineraries to be discovered.

We are in a high mountain National Park, with 130.000 hectares of nature to discover. Get ready to ride incredible trails and hike up marvellous mountains.

Check out our magazine, read the latest articles.

A route suitable for mountain bikes and e-bikes 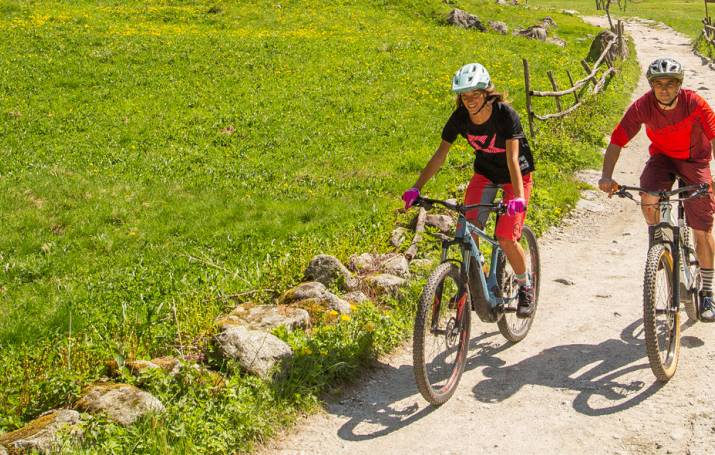 Discover the Valtellina by e-bike: 114 km surrounded by nature. Sentiero Valtellina is a multi-day route 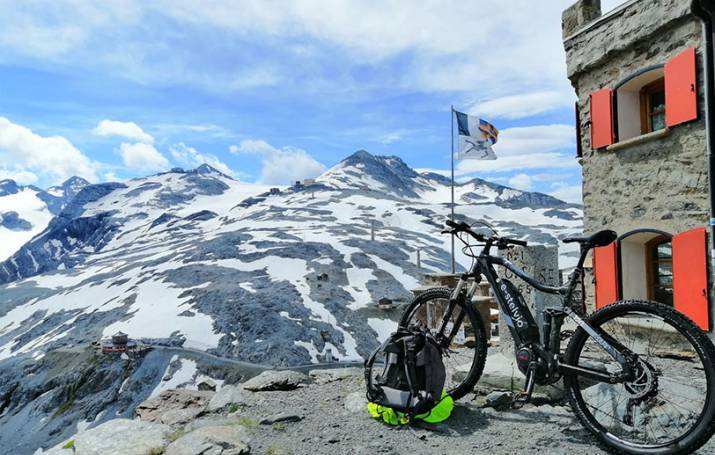 A route that is only suitable for experts, with steep gradients and treacherous roads. Discover the “fourth Stelvio” by e-bike. 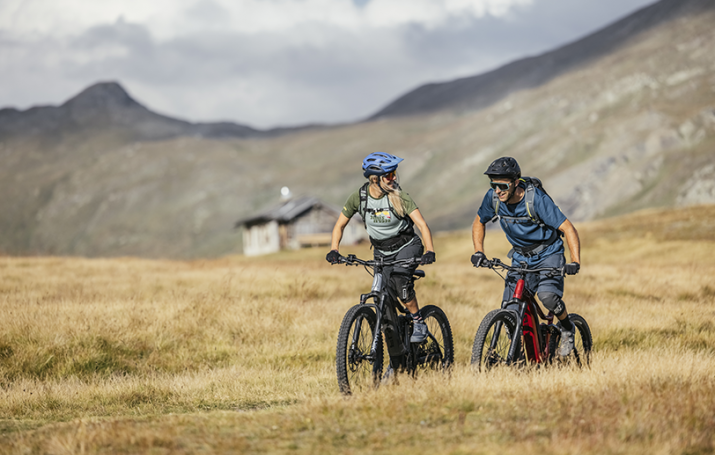 The Fort at Oga by e-bike

A route suitable for everyone, children included. An unmissable e-bike excursion 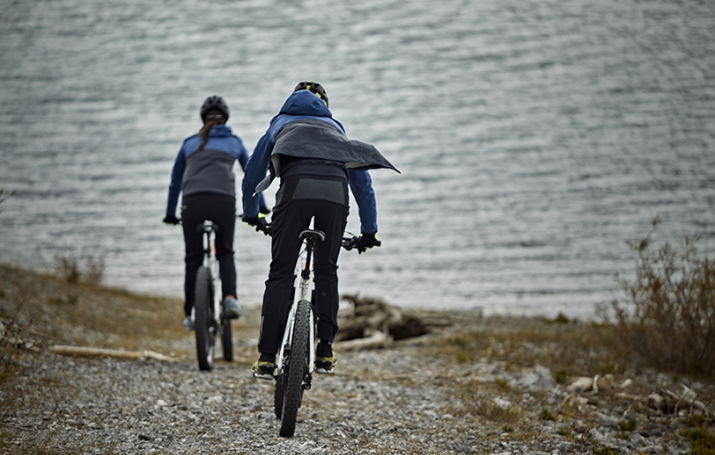 The e-bike route along the Cancano Lakes is of medium difficulty and is definitely a suitable tour for adrenaline lovers. 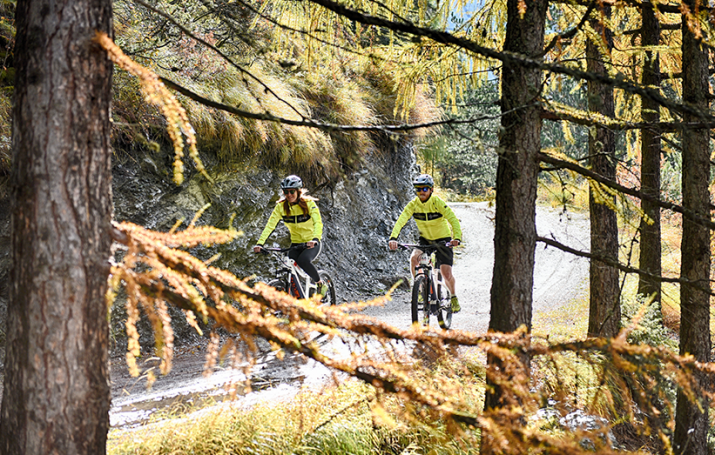 With an e-bike you can explore a variety of routes of all levels of difficulty. The Val Viola excursion is definitely suitable for everyone. 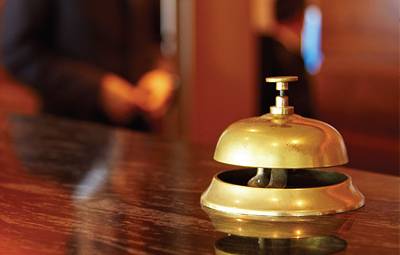 Hotel, B&B, holiday homes. You will be heartily welcomed by our accommodation partners.
You will be pleasantly surprised by their professionalism.

Do you have any questions about our e-bikes? Read the most frequently asked questions.

E-stelvio is in Valdidentro, a stone's throw from the start of the most beautiful e-bike excursions in Bormio.